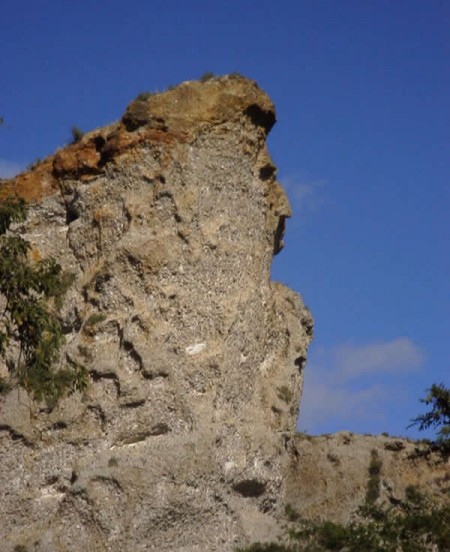 One of the well known landmarks in the Gamtoos Valley is the Queen Victoria Profile on the road between Patensie and the Baviaanskloof. The profile is the result of erosion of the sheer cliff and can be seen when driving towards Patensie.

About 140 million years ago the Cape Mountains were roughly three times higher than today. A period of high rainfall then eroded them and the Enon Conglomerate, of which much of the Gamtoos valley is composed, was the result. A conglomerate is a rock consisting of individual clasts within a finer-grained matrix that have become cemented together.

The geological strata of this area known as the Enon Formation is the result of boulders, pebbles, sand and clay which were deposited in an early basin of the Gamtoos. The material was subsequently cemented together to form conglomerate.
The Enon Formation was deposited in the form of alluvial fans by rivers draining the Cape Fold mountains. In places the Enon conglomerate is quarried to produce crushed aggregate.