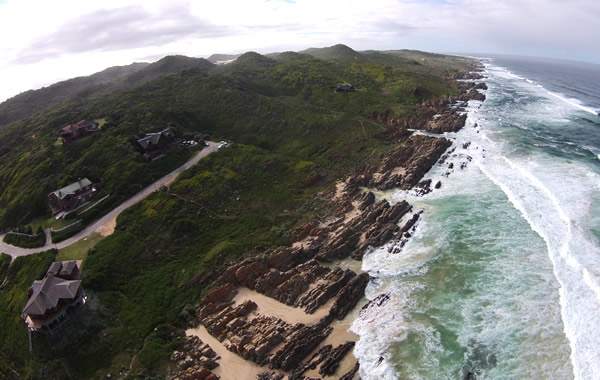 Oyster Bay is a small coastal hamlet, linked to St Francis Bay and Humansdorp by dirt roads. Renowned for a long stretched out sandy beach and a strong emphasis on nature, Oyster Bay is a wonderful place to stay amidst coastal forests, sand dunes, river deltas, wetlands, lagoons and roaming horses. As its name indicates, Oyster Bay is also a stronghold of one of the main efforts to conserve the African Oyster Catcher that makes the beaches its home.

This part of the Eastern Cape has an extremely diverse coastal and marine life caused mainly by being a transition zone between cold and warm sea currents.

As a result some unique ecological and archaeological developments exist, such as the Oyster Bay Dune Bypass System with two parallel ridges, 12 and 16km long and as high as 177 metres, together with some unique examples of dune fynbos on the dune ridges that hosts 24 threatened plant species.