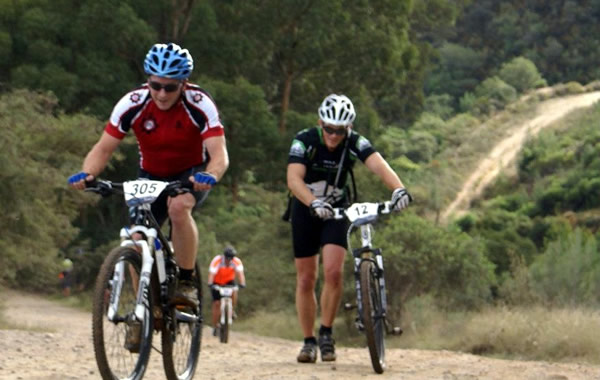 Loerie (also known as Loerieheuwel) lies at the foot of the Elands and Groot Winterhoek Mountains, and is said to take its name from the Loeries or Louries, a turaco species (Tauraco corythaix) occurring here, however only revealing itself when absolutely necessary.

In 1930, the Eastern Province Cement Company opened a limestone quarry and built a 14 km cableway to transport the stone to the railway station from where it was transshipped via the Avontuur Railway to be processed in a cement factory near Port Elizabeth.

The railway station closed in 2011, and was also the turning point for the Apple Express between Port Elizabeth and Loerie, which hopefully will be reinstated in the near future.

Loerie is probably best known for its annual Naartjie Festival during September during which, obviously, naartjies are the main attraction, but visitors are also able to sample a variety of vegetables and food and enjoy music from the stage.

The relatively unknown Stinkhout Berg Nature Reserve lies wedged between Loerie and Hankey, the Cockscomb Mountain is a major landmark thereof, and the beautiful, fertile valley is an awesome blend of nature, agriculture, beauty and wilderness that makes it a special place to escape to, especially for nature lovers, fisherman, mountain bikers and hikers.