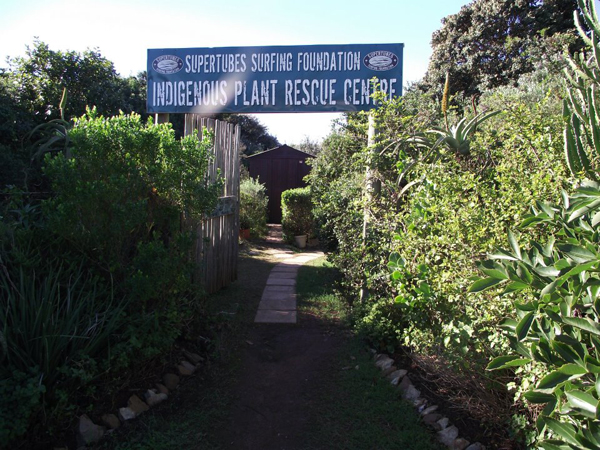 Preserving the waves and beaches of Jeffreys Bay since 1999, the Supertubes Surfing Foundation is a joint venture between the local surf clubs and the surf industry in the town.

In 1999 the Supertubes Park in Da Gama Rd, Jeffreys Bay became a no-go zone. Long gone were the days when surfers from JBay and all over the world could change in the public bathroom in the Park and go for a surf, leaving their clothes and car keys behind knowing everything would be safe and secure upon their return from the surf.

Vandalism and assaults were some of the crimes taking place along the last remaining section of untouched sand dunes that overlook the world class surf break of Supertubes. The sand dunes were becoming increasingly eroded due to the heavy impact of people walking all over them, as well as the weather taking its toll on the exposed sections of dune.

The surf community then decided to get involved and to start looking after the Park as well as the beaches and parking areas from Supertubes to Point. The JBU ‘beach parties” saw surfers spending their weekends digging out aloes from building sites being developed and transporting them to the beachfront to preserve the last remaining sand dune of the “old Jeffreys Bay”.

The Supertubes Foundation has managed to expand their efforts in preserving the beaches of Jeffreys Bay and also replaced the walkway and rehabilitated the grass area at Lower Point. Beach access at Supertubes Park as well as Magnatubes was also upgraded with walkways. The Supertubes Park is becoming more and more of a tourist attraction as a result with local and international visitors all making positive comments about the area.

The discovery of an ancient shell midden at the Supetubes Park will mean that the Foundation will be looking at developing that particular section of the Park into a heritage tourism site.