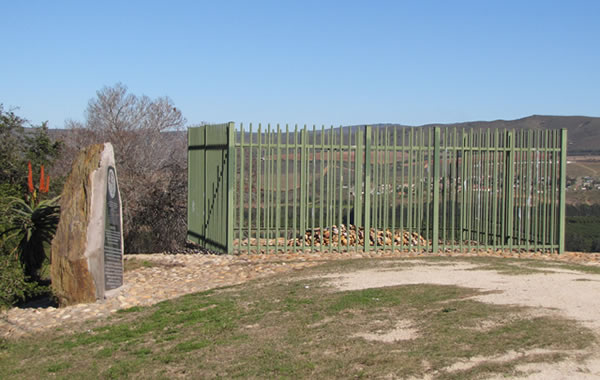 According to history, Sarah Baartman was born in 1789 in the Gamtoos Valley. When she was barely in her 20’s, she was sold to London by an enterprising Scottish doctor named Alexander Dunlop, accompanied by a showman named Hendrik Cesars.

She spent four years in Britain being exhibited for her unique anatomic features. Her treatment caught the attention of British abolitionists, who tried to rescue her, but she claimed that she had come to London on her own accord. In 1814, after Dunlop’s death, she traveled to Paris.

With two consecutive showmen, Henry Taylor and S. Reaux, she amused onlookers who frequented the Palais-Royal. She was subjected to examination by Georges Cuvier, a professor of comparative anatomy at the Museum of Natural History.

In post-Napoleonic France, sideshows like the Hottentot Venus lost their appeal. Baartman lived on in poverty, and died in Paris of an undetermined inflammatory disease in December 1815. After her death, Cuvier dissected her body, then displayed her remains. For more than a century and a half, visitors to the Museum of Man in Paris could view her brain, skeleton and genitalia.

President Nelson Mandela formally requested that France return the remains of Sarah Baartman to South Africa. Her remains were reburied during a ceremony on 19 August 2002, on Vergaderingskop, a hill on the edge of Hankey, where the multi-million multi-purpose Sarah Baartman Centre of Remembrance are under construction.

The museum will consist of two sections, one dedicated to the Khoi-San and the other to Sarah Baartman. Visitors will follow a route depicting a narrative about Khoi-San history in order to contextualise Sarah Baartman’s life.