The Eastern Cape encompasses 6 of the world’s 7 biomes, and within them a myriad ecosystems, in districts which can be easily accessed on National Roads from Port Elizabeth – from the precious Yellowwood Forests of the Tsitsikamma and Fynbos on the Garden Route to the inland Savanna that supports the ‘Big 5’, diverse animal and bird-life and huge herds of game. From the dense forests, Coastal Thicket and dunes the Sunshine Coast, to the Karoo to the north, with its two biomes – the Nama Karoo and the Succulent Karoo – both featuring unique plant life and an interesting cultural and paleontological heritage. Beyond the Karoo the magnificent mountain vistas and alpine and sub escarpment Grasslands of the Eastern Cape Drakensburg are accessed via some remarkable and highly worthwhile mountain passes. 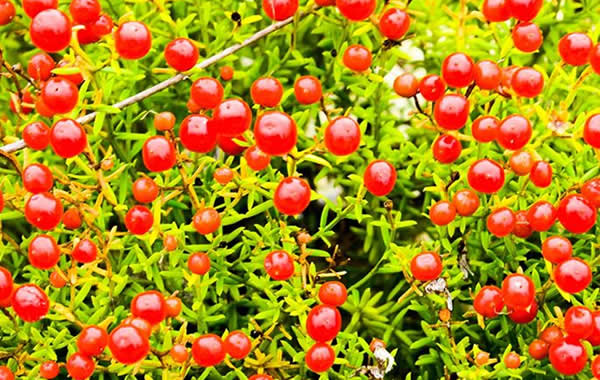 Further away from the shore is low shrubland that is iconic of the Eastern Cape. This type of vegetation includes succulent trees (sclerophyllous) and shrubs, as well as intertwining vines that can combine to make these areas quite impenetrable. These plants can survive without as much water as the more fertile areas require as they are hardier and more resilient. There is also no real grass to speak of. This type of vegetation is considered to be the halfway mark between forest and savannah.

Further west, the environment changes somewhat to more lush, green foliage and includes several forested areas. Forests experience high humidity levels and seldom burn, despite being very hot under the canopy. Forests are mostly made up of tall evergreen trees (such as yellow woods, oaks and stinkwoods) as well as low lying floor cover, such as ferns. It is significant that forests are so common in the area surrounding Jeffreys Bay as less than 0.25% of the entire southern African region is forested, making this a rare commodity. Interestingly, each forest is different from the
other in terms of the trees and plants that can be found in them.

Fynbos is a vegetation type that is unique to South Africa, although some alien species from Australia have now taken root. This is one of the most prevalent and significant vegetation types in this region. There are approximately 7000 species within this group, making up about 80% of the local coastal vegetation. Fynbos includes some favourites, such as Proteoid, Ericaceous, Restioid and Asteraceous. Fynbos is rare in that it flourishes on infertile soils and even on granite and shale.

Valley bushveld is typical of that found in the Noorsekloof Nature Reserve. As its name implies, it occurs on the slopes flanking a valley and is characterised by dense succulents.