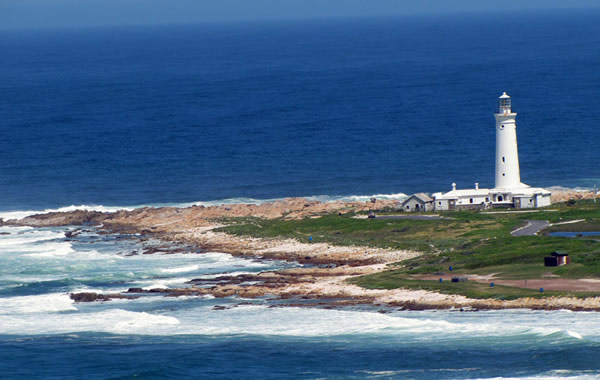 The farmland adjacent to the Seal Point Lighthouse (built in 1878) known as “Kaap St Francis Vuurtoringmaatskappy” was swapped by developer John Booysen for his Chevrolet in 1963.

A further 160 plots were later added, and went up for sale. Twelve shareholders bought in on the project for R1000 each and received a plot of their choice each in exchange for their investment.

In 1965 Cape St Francis was officially proclaimed as a town. This ended up in a court battle between Hulett and Booysen because of the name Cape St Francis. As a result, Hulett’s township became known as Sea Vista until his wife Ann, suggested to call it St Francis Bay after the patron Saint of the Environment and Animals, St Francis of Assissi.

In 1978 Cape St Francis came under the control of Humansdorp Divisional Council and today locals are working hard in keeping it Clean, Green and Small.